The economic importance of pineapple is easily justified by its unique characteristics as a fruit. The pineapple, Ananas comosus (L.) Merr., indigenous to South America, where it has been cul tivated for many centuries, is the most economically significant plant in the family Bromeliaceae, and the third most important tropical fruit in world production.

Pineapple is a perennial monocotyledonous plant that grows as a small shrub; the individual flowers of the unpollinated plant fuse to form a multiple fruit. The plant is normally prop agated from the offset produced at the top of the fruit, or from a side shoot (sucker), and typically mature within a year.

The perishable pineapple fruit is usually stored only for 4 to 5 days after harvesting in normal conditions. Generally, ripened pineapple fruit is consumed fresh or as pineapple juice. In the 20th century, Hawaii was a dominant producer of pineapples, especially for the USA. Today, Costa Rica, Philippines, Brazil, Thailand, Indonesia, India, and Nigeria are the leading pineapple producing countries accounting for more than 50% of the total world production of approximately 28 million metric tons produced on around 1 million hectares.

The prospect of pineapple is bright due to increasing trend of total consumption and export potential. 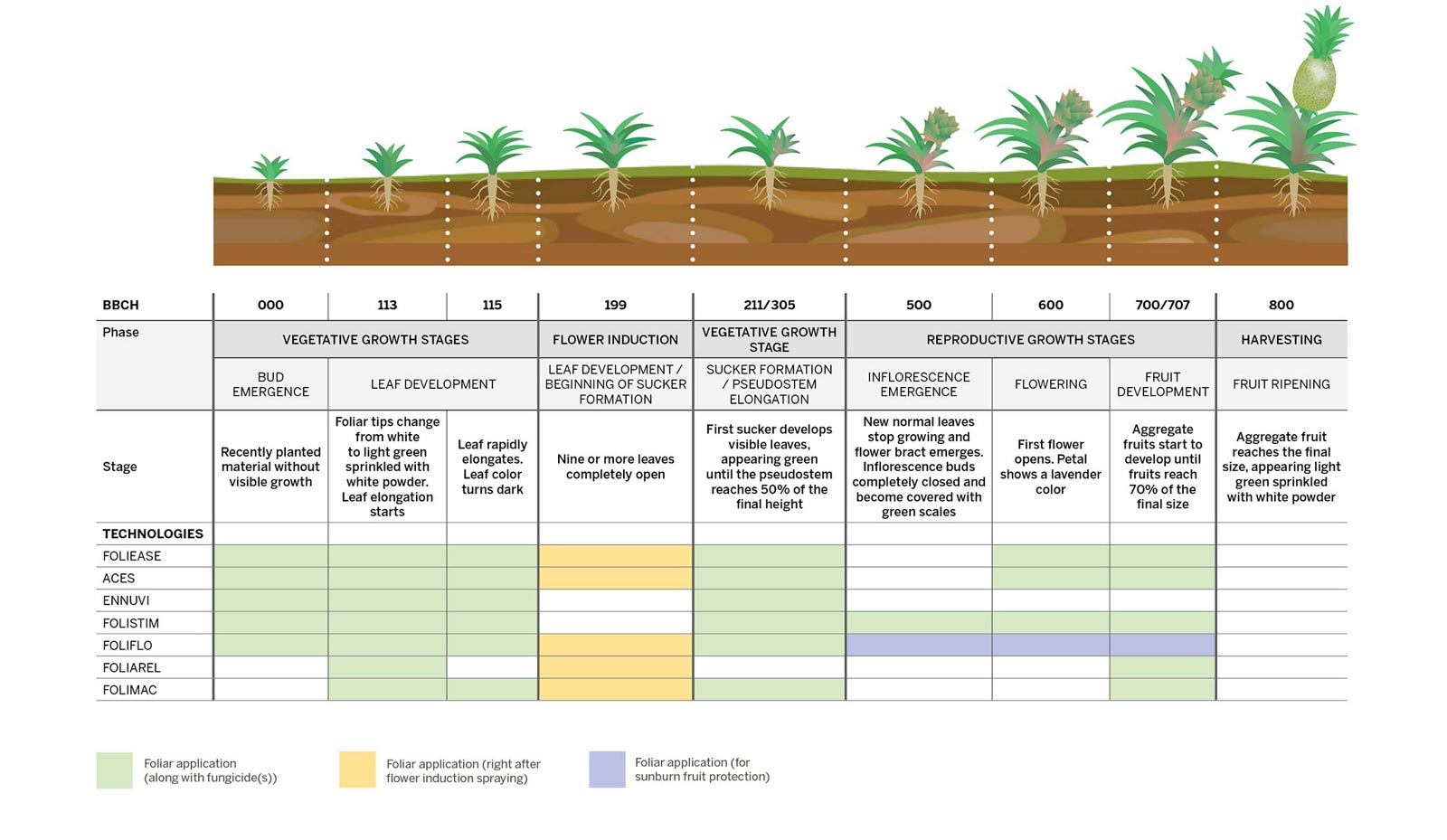 Get your personal FertiGlobal® Crop Management Program that suits your crop and area best in compliance with a perfect sustainable agriculture. Fill in the form.

FertiGlobal® Technologies for a strong, healthy and productive PINEAPPLE cultivation

the effective plant biostimulation Technology for stronger and healthier growth, improving the efficiency of plant protection products for best performance

If you wish to get recommendations on FertiGlobal® Technologies and products suitable for your Crop Management Program following the characteristics of your geographical area, get in touch with the FertiGlobal® team!
Translate »